Rats in the attic?

A small infestation of rats will quickly and exponentially grow if not controlled.

Two adult rats can become eight in less than 3 weeks!

If you have heard noises in your walls or attic? Chances are you have rats!

Rats can squeeze into a hole the size of a quarter. The smallest imperfections during the construction and roofing of a home can lead to a rat infestation. Broken foundations, utility entries and vents can also be an obvious entry point. Most pest control companies set rat traps, perhaps squirt some flammable expansion foam at very obvious holes, and then put you on a monthly service to remove the rats that are still getting into your home. They may try to sell you poison stations for exterior rat control, however, the rats only find their way back into your attic or walls to die. They lead you to believe there is no other rat control solution. This type of rat control service does not ever solve the problem. It actually makes it worse, because the rats are multiplying, dying, defecating, destroying insulation, chewing wires and chewing air ducts, while you wait for your next service.

Do you want your home rat proofed?

At Mice Hunters Inc., we specialize in rat-proofing. For a one-time fee, we trap and remove all rats, and identify and reconstruct all rat entry points. Only construction grade materials are used. We provide the most extensive service and the best warranty plan in the industry.

Description of Rats and Their Habitat

The most common rat in the area is the Norway rat. They have coarse, brown fur, with lighter fur on the undersides. The ears and tail are nearly hairless and they are typically 12 to 18 inches long including the tail and weigh 10 to 16 ounces. Norway rats are common around human residences and industrial and commercial areas. Rats, like mice, are omnivorous rodents. They also consume seeds, nuts, berries, and insects. In a human environment, the rodents will consume almost any food to which they have access. They also often chew on inedible materials such as books, soap, and cans. Rats are nocturnal and are not commonly seen. Their presence is typically detected by the occurrence of their droppings, holes chewed into bags and containers, and chewed nesting materials. Rat droppings are small, dark, cylindrically shaped, and are about one-half inch to three-fourths inch long with blunt ends. Rats may carry viruses such as Hantavirus and salmonella, and although they can also be a carrier of bubonic plague, that disease is not indigenous in Illinois.

The Norway rat produces six to eight litters of six to nine young per year. The young are able to breed before they are four months old. Rats may live up to three years, but a lifespan of one and a half years is more common.

Rat Problem? At Mice Hunters we will do: 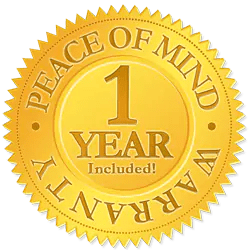 There are a number of factors which go into the costs of a rat extermination. For example:

Each of these factors will determine the nature of the treatment.

There may also be follow-ups necessary, which are all included in the price of your rat-proofing.

The size of the property will determine how many traps or bait stations are needed.

The first step to finding out how much the rat exterminator treatments will cost for your property is to contact the Mice Hunters Inc office and set up a property inspection.

There are numerous health problems associated with a rat infestation. These include:

Hantavirus – a potentially lethal virus if humans come in contact with rat urine or feces.

Rat bite fever – from the saliva of a rat, it comes from rats biting humans.

Bubonic plague – the famous disease that nearly wiped out humanity during the Middle Ages was eventually traced back to parasites like fleas carried by rats.

Rickettsial diseases – various forms of Typhus fall into this category and can also be carried by rat-borne parasites.

Leptospirosis – a disease transmitted from contact with rat urine that is serious enough to cause humans to bleed in the lungs.

Here at Mice Hunters, we have thorough expertise in rat control. In dealing with the rats at your property, we make sure to obey applicable laws and regulations:

Snap traps will help decrease the rat population. We can put the traps in rat runways (where rats go from nests to find food). We use food bait with the traps.

Bait stations are locked and located within 50 feet of a structure.

In certain situations, fumigation can take place but this needs to be carried out by a licensed professional and necessitates specific training.
Remember to let us know whenever you see a rat and do not disturb traps, bait stations, or other control devices we have put in place. Additionally, rats need to drink about ½ ounce to 1 ounce of water each day. Getting rid of sources of water is a good idea.